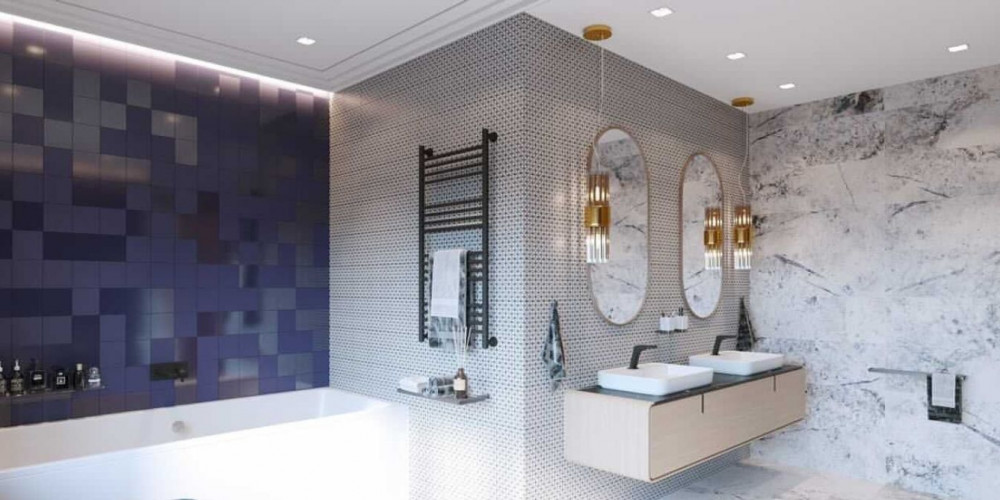 Bathroom for a private dwelling

Meeting the customer’s requirements is vital to achieving the desired result. In this room, the pieces and materials used recreate the essence of a seascape, the initial premise for developing this project.

Pieces used in the project 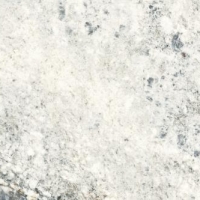 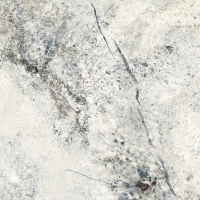 Pictures of the project 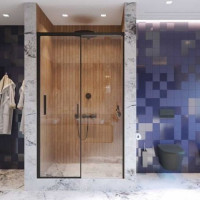 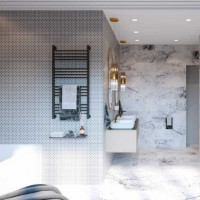 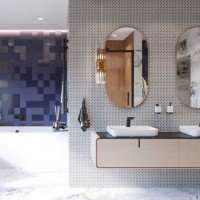 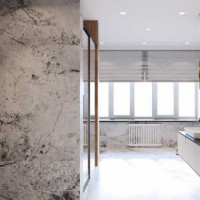 The interior designer Maria Sofronova amazed us with a design for the main bathroom of a large home. As well as following the latest decorative trends, the project is focused on reflecting the tastes and personality of the customer, to create a space with its own character. After all, we must not forget that pleasing the customer who has placed their trust in the team is the number one priority.

In this sense, the most important requirement was for this interior decoration project to use shades of materials that would bring to mind seascapes, while also conveying the feeling of an otherworldly atmosphere where peace and clam reign. The customer, of Turkish descent, wanted the inside of his home to reflect the idea that the space was located at sea.

Baikal and Forma Polar to recreate the wave effect

So, based on the expressed requirements, Maria Sofronova chose the Baikal Blue range to create the sea environment. This tile, with a marble-effect finish, is streaked with copper-colored veins that blend in perfectly with the blue hues. The designer used it for the flooring and for the tiling on some parts of the walls, thus creating a seamless effect.

Similarly, to cover the area around the bathtub and mark out the shower area, it was decided to randomly combine Forma Polar tiles with gloss and matt finishes. It is worth noting that these two ranges have a PVD finish, highlighting the subtle differences between the pieces and creating appealing plays of light and shadow. By making this choice, Sofronova has managed to recreate the effect of the waves crashing on the sea, where you can see different shades of blue.

To round off the room, the interior designer has combined black and white bathroom fixtures, giving the room a neutral combination and highlighting the aesthetic qualities of the tiles. The furniture, wooden and in a nude color, stands out for its shape and originality. 10 out of 10 for this bathroom!

Do you have a project?

We have taken part in over 15,500 projects around the world, we want to be part of yours too.

Take a look at other projects